As we’ve had a lot of business tech-talk recently, I’d like to talk today about British brands, particularly a classic British brand that everyone is familiar with:  Marmite.  With the recent devaluation of the British pound following Brexit, panic has spread across the UK recently as it emerged that the much-loved (and hated) salty spread was at risk of being removed from Britain’s supermarket shelves. As sobering a story that is for many Marmite lovers across the country, or a moment of pure rejoice for the haters, I thought it be fitting to explore the story of Marmite, especially as it’s so quintessentially British.

It’s a product that has become well-known in recent years through extensive marketing practices in the form of light-hearted taste tests among different countries and cultures, with the results remaining oddly consistent: some love it, some hate it. 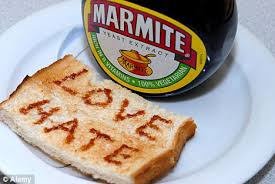 Personally, I love Marmite, especially drizzled from a height over perfectly plump poached eggs on hot buttered toast, or made into a piping hot drink to sup on cold days.  Interestingly, Marmite has been loved and hated around the world for more than 100 years.  It was originally discovered by Justus Liebig – a German scientist in the late 19th century, after stumbling across the delightful realisation that brewer's yeast could be concentrated, and then eaten.

The Marmite Food Company was founded shortly after at the turn of the 20th  century in a well-known industrial town rife with breweries and, called Burton-upon-Trent in Staffordshire, were raw ingredients were plentiful and readily available.  The controversial condiment as we know it was named after a French cooking pot as it was originally supplied in earthenware vessels of a similar shape.  It is only since the 1920s that its been sold in the bulbous glass jars with a picture of a marmite pot on the red and yellow label we are familiar with today.

Marmite is rich in vitamin B complex, a source of folic acid and has historically been used for remedial purposes.

During the war, Marmite was given as rations to the troops and the vitamins kept them in top condition.   The original recipe for Marmite contained yeast extract, salt, spices and celery.  It was only after that concentrated folic acid, vitamin B12, and thiamin were added in high concentrations. To this day however, the exact make up of the spread remains a trade secret. 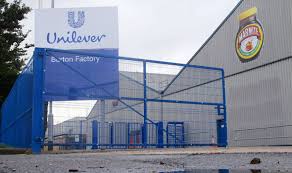 Today, the Marmite plant in Burton produces about 50 million jars a year, the vast majority of which is bought and consumed domestically.  Those who live in the area will have possibly gotten used to the smell by now, something that at first stings the nostrils somewhat.  I grew up not too far from Burton and every time I visited it took a good half-hour or so to get used to the pungent aroma that swept through the city.

It can keep mosquitoes away

Research suggests that eating foods that are high in vitamin B, something Marmite is rich in, is generally enough to ward off insects.  The science behind the theory indicates that the pungent smell is excreted from the skin, putting off any would be pest from attacking.

In Sri Lanka, Marmite is popularly among die-hard drinkers.  Generally consumed the morning after a big night out, it’s believed to be a guaranteed hangover cure.  Traditionally, a special hangover-busting drink is made from Marmite, hot water, lime juice and fried sliced onion.

It helps you sleep easier

The B vitamins in Marmite aren’t only great for fending mosquitoes, they also help you get a better night’s sleep.  A slice or two of Marmite on toast for supper can help you fall into a peaceful slumber more easily as it naturally produces melatonin, a feel good chemical, which works to reduce stress and relax the body.

Marmite is packed with benfotiamine, which is believed to ward off disease and promote a healthy heart.

Like fruit and vegetables, some studies have shown that Marmite actually has some ‘super’ properties. Not only is it gluten free and high in vitamins and low in calories, it’s packed with folic acid.

So, there you have it, a few quirky facts on a real British staple.  If you’re interested in Marmite just open the cupboard door, as that’s exactly where it should be.  On a more serious note if you’re looking to spruce up your kitchen by adding a touch of nostalgia, you could always invest in a few beautiful, stylish second hand earthenware.  Swing by for some great deals.

Thanks for reading, until next time.